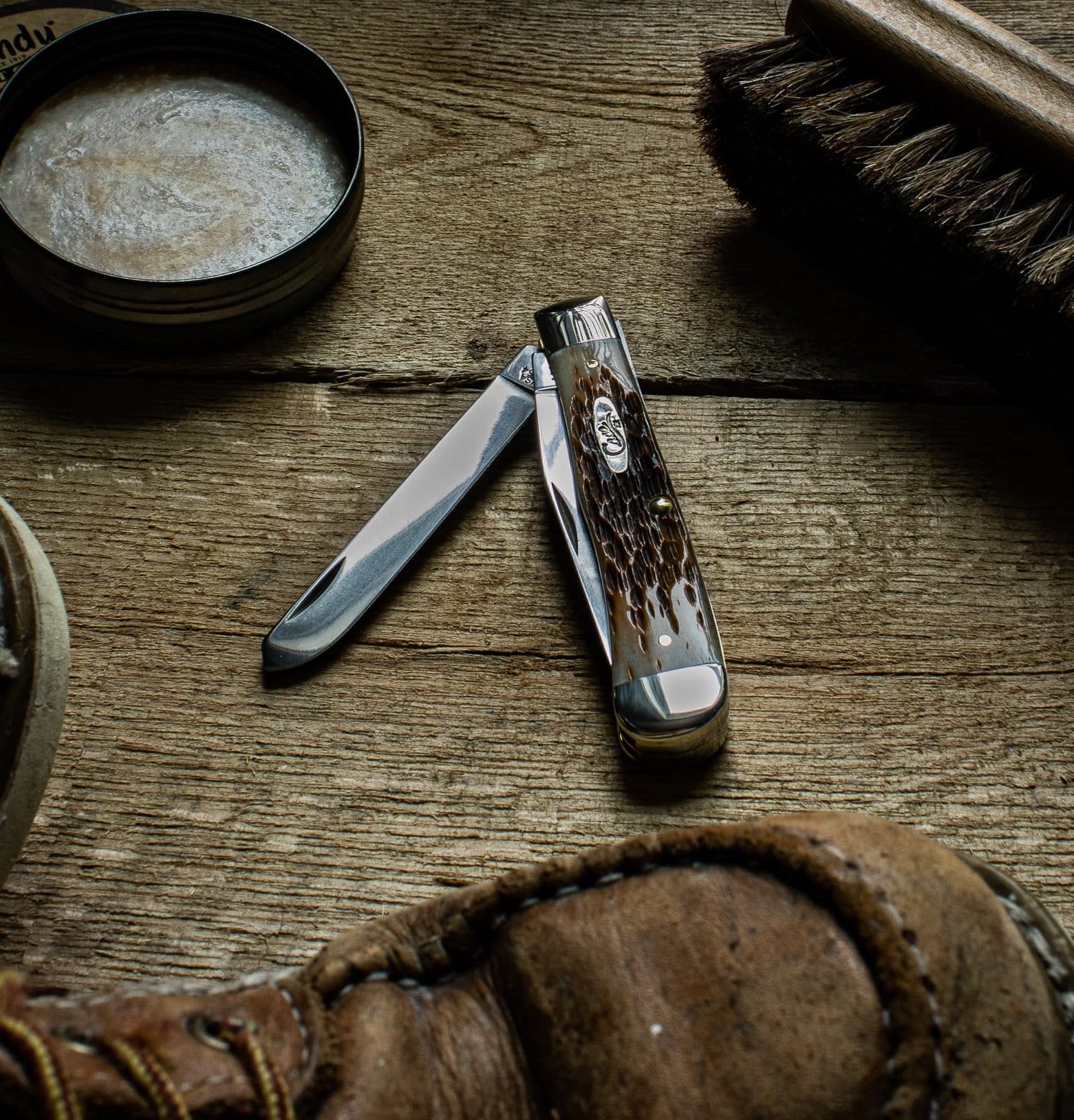 I’m pretty deep into the pocket knife and EDC world. I’ve carried these items for decades, and I’ve been writing about them for years. But, only recently did I discover my new favorite blade shape: The spey blade.

Now, that’s a bit of bull. I’ve known about the spey blade since I was about 10 years old when I received a Remington gift pack containing a multitool and a stockman-style knife. That stockman had a spey blade in it, but I never used it because it didn’t look as cool as the clip point. After all, knife blades need to look awesome and dangerous, right?

It’s only recently that I truly discovered the spey blade; I’ve been in love with it ever since.

What is a spey blade?

Before we discuss why we call it a spey blade, let’s discuss its shape. A spey blade is a (relatively) long, narrow blade with a straight edge that runs parallel to the spine. The edge continues to a small, very round belly at the tip of the blade, which clips abruptly from the spine, like the blade to the left in this image:

There are tons of uses for a blade shape like this, but let’s discuss how the spey blade got its name.

Why is it called a spey blade?

Okay, cowboys, I’m about to drop some shit on you. We call it a spey blade because cowboys and ranchers use it to nip the sack on livestock like horses, bulls, and other animals to remove their testicles (talk about a badass skill, or just a screwed up hobby). Its long edge and small, round belly make it ideal for slicing, but the abruptly clipped point is less likely to puncture any important veins or vessels that might run back there.

Look, I know someone’s gotta do it, but I can’t imagine slicing open a horse’s nutsack to get a hold of its giggle berries. Any cowboys, ranchers, or vets reading this, how about leaving a comment that describes the situation? And why isn’t it a “neuter” blade?

Besides lopping off bull balls, the spey blade has a ton of practical uses. Most of its practicality revolves around the fact that it’s very hard to stab yourself with the point.

I hate ripping open letters or packages. My grandfather kept a letter opener in a small wooden caddy on his kitchen table, and the fact that it was entirely unnecessary felt very classy to a young Tom. For that reason, I’ve never been a fan of ripping these items open by hand.

The spey blade is perfect for opening letters and boxes. The round belly does an excellent job of slicing between cardboard flaps, and the long, straight edge is ideal for cutting open envelopes.

The spey blade’s straight edge is excellent for slicing rope, cordage, and other fabric. The material just seems to stay on the straight edge longer than it does on a large-bellied drop point.

One of the benefits of the spey blade is that it’s unlikely to puncture something accidentally. Anyone who’s ever field-dressed a deer knows what I’m talking about.

There are two things you don’t want to accidentally nick when gutting a deer, or any animal, in the woods: the stomach and the bladder. The contents of either of these sacks can spoil meat, and stomach contents smell like absolute hell. The spey blade does a great job of opening the cavity without accidentally puncturing these organs.

I do a bit of leatherworking from time to time, and one thing about the spey blade that I found most surprising was that it was very useful for slicing leather. The belly on clip points and drop points require the user to hold their hand low to the leather to apply leverage, while the small, rounded belly of a spey blade allows you to hold your hand higher while still applying a lot of leverage. This position allows you to see the leather better while slicing.

Unless you’re a murderer or a psycho ex-girlfriend with a vendetta against truck tires, you probably don’t actually need to stab anything with your knife on a daily basis. I’ll argue that clip points, drop points, tanto blades, and other blades are not nearly as practical for EDC use as the spey blade.

Have I sold you on the many benefits of spey blades yet? Looking to purchase your own now? Here are a few of my favorite spey blade knives. And, because The Graying Area is an Amazon Associate, if you buy one of these knives using the links below, we make a little cash-ola.

This is currently my favorite EDC knife that isn’t The James Brand Carter. It’s a basic slip joint trapper with a clip point and my favorite spey blade. Case still makes this knife in the USA, so if that matters to you, this knife checks that box as well. It’s just an awesome traditional EDC knife that people admire every time I remove it from my pocket. Available on Amazon

Just as useful and popular is the Case XX WR Stockman. This knife also features a sheepsfoot, a clip point, and a spey blade. Again, this knife is as American as apple pie, cowboy hats, and slicing off horse nads. Available on Amazon

Okay, I’m cheating here, but this is the closest to a spey blade that I could find on a reliable modern EDC knife. The CRKT features a modified sheepsfoot, which really brings it into the spey camp. It features a pocket clip and assisted opening, making it a pretty badass knife.

There you have it: My argument for spey blades to take over the world of EDC knives. What are your thoughts? Have you ever actually used the spey blade in your traditional folders? What’s your favorite blade shape? Let me know in the comments below. And share this through social outlets, will ya? The Graying Area needs your support to keep growing.

What is a spey blade used for?

Spey blades were originally used by cowboys and ranchers to castrate livestock. The rounded belly and blunted tip were effective at slicing without accidentally puncturing veins and vessels accidentally.

What are the blades on a trapper knife for?

Trapper-style knives were popular with, you guessed it, fur trappers. These knives were easy to fold and store in their pockets but also provided function. The clip points were excellent for puncturing, while the spey blades excel at slicing.

What is a stockman knife?

A stockman knife is a three-blade design that cowboys and ranchers would often carry in their pockets while working. One of the blades in the knife is known as a “spey blade,” and it was used to castrate livestock.