Top 10 Movies About Baseball: The Best Baseball Films Ever Made 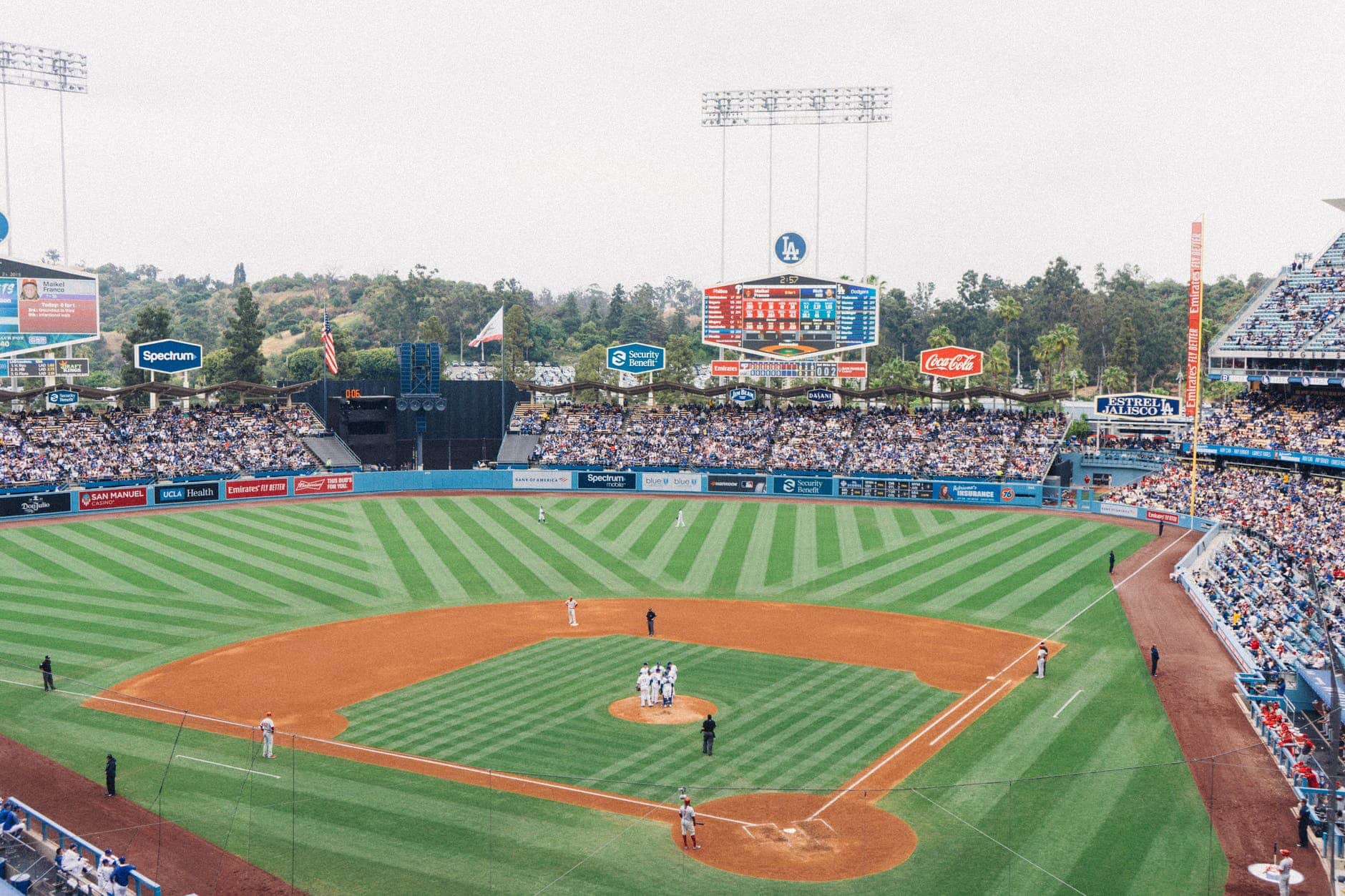 It’s not much of a secret to anyone who knows me that I love baseball. I played when I was younger, I’ve coached several leagues (even before I had children), and I just generally love the game — it’s one of my favorite hobbies. And I’m so excited that the 2021 season has kicked off that I wanted to put together this list of The Graying Area’s Top 10 Movies About Baseball.

I’m not going to list these in any particular order (though I might point out a favorite or two along the way). But each of these top 20 movies about baseball is great in its own right, so they’re all worth watching (or rewatching for the hundredth time).

If you’re just looking for one movie to watch, I broke them down into four easily-navigated categories: The Funny Ones, Family-Friendly, Based on True Stories, and The Sappy Ones. You should have no problem finding something to watch among all these great movies about baseball.

Top 10 Movies About Baseball: The Funny Ones

Ask anyone who’s ever played baseball, and they’ll tell you how funny the sport can be. From antics in the dugout to the hysterical mishaps that can happen on the field, it’s a blast. These are the best funny (and sometimes raunchy) movies about baseball.

Bull Durham’s a classic, and it’s one of my personal favorites. An aging minor league catcher is assigned to a rising phenom pitcher to show him the ropes and straighten him out. As expected, the two butt heads in some hysterical ways. Add in a sexy off-beat muse that lures them both into the throes of passion, and the complications lead to a comedic ride.

A League of Their Own

Another one of the classics, A League of Their Own follows the struggles of female baseball players who rose to the occasion during WWII. The movie revolves around two sisters who constantly compete with each other, a rag-tag group of misfit players, and a drunk ball player-turned manager who resents the very idea of females in baseball. What can go wrong?

Baseball politics at its worst: The new owner of the Cleveland Indians wants to move the team to Miami, but they have to lose terribly before doing so. What’s the best way to lose? Put together a team of knuckleheads and has-beens and let them loose on Major League Baseball. That is until the team finds out and bands together. Honestly one of the best baseball movies ever.

This movie might not have been a hit with critics, but you have to tip your hat to the late Bernie Mack. Mr. 3000 is about Stan Ross, a former 3,000-hit superstar who built an empire on his “Mr. 3000” moniker. But, as luck would have it, an error in the stats is discovered and Ross is actually three hits short. He comes back to the game at 47 years old to save his name, but those three hits are more than he bargained for.

Alright, dads. If you’re looking for a way to share your passion for the game with the kids, but would prefer to keep sex and foul language out of it, these movies might do the trick (for the most part).

This one might have some adult themes, but hey, it was good enough for us growing up. The Natural follows the rise of a (not so) young star named Roy Hobbs, who has seen his father killed and also been shot (on different occasions), get a second chance at a baseball career at 34 years old. There’s a lot to unpack with this story, including bribery and jealousy, but it’s certainly worth a watch.

If I could choose just one movie on this list, it might be The Sandlot. This movie summed up everything about playing baseball as a kid in the ‘90s, though it was set in the ‘60s. The brotherhood, the fun, the adventures. What a movie.

If you don’t know, The Sandlot follows Smalls, the new kid in town, around a quiet California suburb. Having trouble fitting in over the summer, he finds a group of guys playing baseball in a sandlot. The leader of this group, Benny “The Jet” Rodriguez takes Smalls under his wing, and a summer of hilarity follows.

Best takeaway: This one movie might scare your kids off from ever trying chewing tobacco.

Rookie of the Year

Ever wish you had the stuff to play in the big leagues, sign sponsorship deals with the biggest brands, and get your own hotel room? So did 12-year-old Henry Rowengartner, until an accident caused his shoulder tendons to “heal a little tight.” All of a sudden, this kid can throw smoke, and he’s taking the mound for the Cubs.

Angels in the Outfield

“Ya gotta believe!” Man, the mid-’90s were great for family-friendly baseball movies. This Disney classic follows a young man named Roger living in foster care. When his real dad tells him they can be a family again when the California Angels win the pennant, Roger calls in some favors.

After praying for the Angels to win the pennant, actual angels show up to help (one of which looks mysteriously like Doc Brown). Some special bonds form between the boy and some of the actual players, leading to some memorable moments.

Listen, the Bad News Bears isn’t perfect. And yes, there might be a “racy” line or two. But this movie about a bunch of kids with no idea how to play the game, a coach with zero people skills, a bail bond sponsor, and a girl who turns the team around is truly a classic. Sure, there could be some questions from the kids after the credits roll, but it’s definitely worth a watch.

Top 10 Movies About Baseball: Based on True Stories

There’s something special about movies about baseball: There are lots of amazing true (or close to true) events to choose from. Some of the best movies are based on true stories, though there might be a liberty or two taken for creativity’s sake.

We all know the story of the Black Sox Scandal, but Eight Men Out does an incredible (albeit dramatized) job of telling it. This movie covers the bribes, the players who turned their backs on it, and the effects it had on their careers (and good names). Listen, 1919 was a different time.

Your star players are leaving, and your budget’s almost non-existent. But, you want to be competitive. How do you do it? Analytics, baby.

Moneyball’s an incredibly well-acted look at Billy Beane’s approach to shopping on a budget, using on-base-percentage as the driving metric. Moneyball documents Beane’s Oakland A’s 2002 season in which the down-and-out team makes it to the ALDS, changing baseball forever.

The Pride of the Yankees

There are few movies about baseball that rank among the greatest movies of all time, but The Pride of the Yankees is one of them. This 1942 film is about Lou Gehrig, one of the most cherished baseball players to play the game. It tells the story of his life, his family, and his friendship with some other great names in baseball (some of whom play themselves). The tear-jerker about this one is that Lou died one year before the movie release, and the last line: “Today, I consider myself the luckiest man on the face of the Earth.”

It’s hard to believe that 61* turns 20 years old this April, but it’s one of my favorite movies of all-time — baseball or otherwise. This movie tells the story of Mickey Mantle’s and Roger Maris’s race to break Babe Ruth’s single-season record of 60 home runs. While Mantle carries on his charismatic poster boy persona, both he and Roger struggle with the spotlight of the 1961 home run race. A truly well-acted and well-cast baseball movie.

Between the late Chadwick Boseman’s incredible performance and the amazing story of Jackie Robinson, the first black man to ever play in Major League Baseball, you can’t miss 42. This movie tells the story of Robinson’s rise from the Negro Leagues into the Major Leagues, the opposition experienced along the way, and how it changed baseball forever.

The Rookie is the quintessential never-too-late story. It follows Jim Morris, a former prospective ball player and Texas high school baseball coach who tells his team he’ll try out for a professional team if they make the playoffs. When he miraculously throws 98 MPH at spring training, he makes the minor league team before being called up to The Show.

On paper, a record doesn’t say much about a man. Cobb, on the other hand, says quite a bit. This movie follows young sportswriter Al Wuhl who is tasked with writing the story of Ty Cobb, the meanest son of a bitch to ever play baseball (way worse than Manny Machado). The writer finds himself torn between telling the story Cobb wants and the story Wuhl experiences to be true.

Top 10 Movies about Baseball: The Sappy Ones

It’s not all true stories and raunchy laughs. Some of the best movies about baseball are about love, family, and struggle. If you’re sharing your love of baseball with your wife or girlfriend on date night, one of these four might get the job done.

I know I said The Sandlot might be the one movie about baseball I’d choose over all the rest, but Field of Dreams could outrank it. This movie tells the story of an Iowa farmer dealing with the lifelong effects of a strained relationship with his father, a voice in a field, faith, and the ever-famous line “If you build it, they will come.”  It’s one of my favorite movies of all time, and the scene of John and Ray playing catch in an Iowa farm ballfield is enough to milk a tear from any guy’s eye.

Summer Catch is not a great movie, but it’s a great movie about baseball. This one follows a blue-collar pitcher named Ryan Dunne, who’s trying to make a name for himself in the Cape Cod league against the best college players in the nation. Along the way, he falls in love with Tenley Parrish (played by Jessica Biel — easy, boys), making this an excellent summer date night movie about baseball. The ladies will love the romance, and there’s something relatable about the Cape Cod league that most guys will get.

For Love of the Game

This one’s a little cheesy, but it belongs on the list. For Love of the Game follows aging pitcher Billy Chapel as he pitches his way through a perfect game and navigates some life-changing events. He’s just been informed that he’s being traded at the end of the season, and he spends nine innings mulling over retirement and the fact that his long-time girlfriend and love of his life is moving to London. It’s definitely worth the watch.

If you’re looking for a baseball-oriented rom-com to snuggle up to, Fever Pitch is an awesome choice. This movie follows Ben, a high school teacher and Red Sox fanatic, and Lindsey, a rising young executive, as they meet and fall in love. Lindsey struggles to find her place in Ben’s life, as the Red Sox always seem to come first.

What do you think, guys? Is one of your favorite movies about baseball missing from this list? Let me know in the comments below. Hint: I left a few off on purpose, so feel free to wring me out over them below!