6 Underappreciated Benefits of Dog Walking From a Man’s Perspective 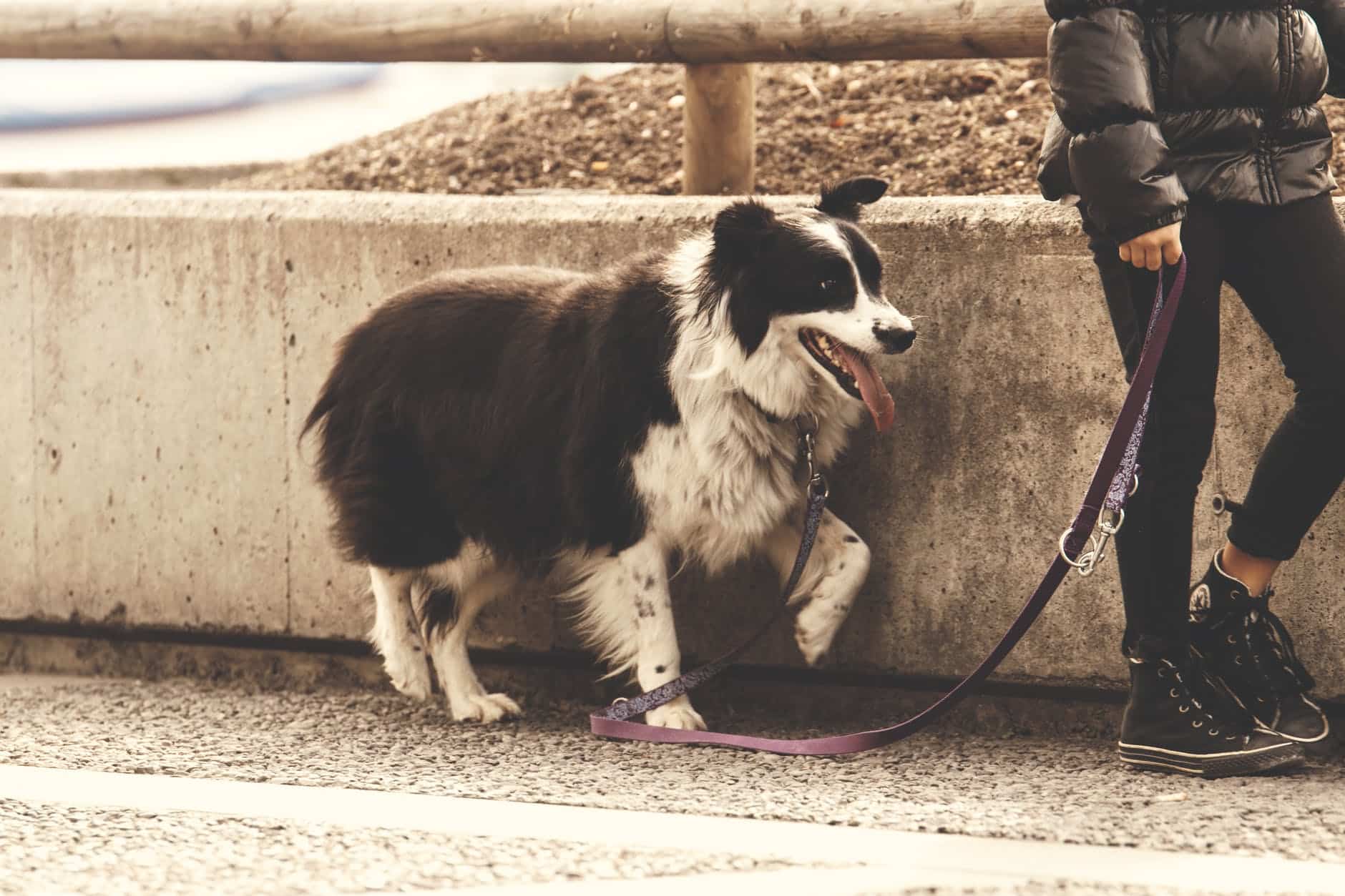 I’ve owned at least one dog at any point in my life. Even as a baby, there are home videos of our beagle puppies chasing me around the kitchen floor, nipping at the feet of my feety pajamas as I crawled. And I’ve owned plenty of different dog breeds. But, if I’m being honest, we never really walked any of them. We always had plenty of property for them to run around on, so we never had to walk them. It’s only recently that I’ve come to understand the unappreciated benefits of dog walking.

I don’t think anything in this post will be ground-breaking, as we all know the basic benefits of dog walking. But, as I’ve recently started a new routine with our dogs, I’m feeling pretty high on myself and thought I’d share what I’ve noticed over the past few weeks.

The Test Subjects: Bruce and Zoey

I thought it’d be fun to introduce my test subjects so you can get to know what I’m dealing with.

Bruce is a 4 (almost 5) year old lab and pointer mix. He’s very sweet, loves his family, but trusts nothing that happens outside the house. We were doing an excellent job of socializing him as a puppy until he:

The result has been a very anxious dog that I trust whole-heartedly with my children, but not at all with anyone he doesn’t know.

Zoey is a 9-year-old pit bull and cattle dog mix. She’s a sweet girl and very intelligent, but she has an intense prey drive and loves to herd things (including children). She’s less concerned with the things going on outside the house and more concerned with the fact that the washing machine is clearly trying to kill everyone in our house.

She’s a little anxious, but mostly just locked-in when her prey drive takes over.

The Underappreciated Benefits of Dog Walking

Now that you know a bit more about our test subjects, you can appreciate the following points a bit more. These are the benefits of dog walking that I’ve noticed, and I never truly appreciated until now.

Benefits of Dog Walking #1: Exercise for the dog and owner

There have been days through the pandemic where I’ve sat in a computer chair almost the entire day. Those days pay well, but by the end of the day, I couldn’t tell you if I was breaking even 1,000 steps. And that started to scare me.

Zoey doesn’t give a crap because she’s busy keeping us safe from the washing machine and the cat, but Bruce now guilts me into getting off my ass every night. He won’t let me brush him off. I’m even walking him during the Yankees game because he’s that adamant that he’s gotta stretch those legs. Once the leashes come off the hook, Zoey runs over too, so clearly, she enjoys it as well.

These puppers are forcing me to get exercise and not to be too lazy, and that’s by far the greatest benefit I’ve seen. They also make great additions to hiking kits, though we’re yet to take them this year.

Bruce is a family dog, and he’s incredibly loyal, so the fact that taking him on a walk every day would strengthen our bond seemed impossible. He literally has to touch one of us all day long. He even sits on the bed while I play guitar. He’s a family boy.

But, one of the benefits of dog walking is that our bond got stronger. Not so much with Zoey, but definitely so with Bruce. I believe that he’s finding a role we hadn’t explicitly given him before, and as a result, he’s appreciating the relationship. Maybe I’m reading too deeply into it, but that’s my perspective.

I already explained that Bruce is an anxious boy. To be honest, he never liked being outside until recently. He wanted to be in the house so he could bark at passersby from the safety of the couch.

He still barks, and he’s still a bit anxious, but showing him that the world outside the house isn’t going to hurt him has done wonders for him. At first, he was a mess to walk, but now he’s far less frantic and seems to be a bit more accepting of people walking by.

And for my own sake, dog walking has been really relaxing. It’s been an invaluable tool in my self-care regiment. Other than the inopportune dumps they take and the occasional lunging at a deer or bird, it’s been pretty sweet. I just hate carrying around steaming hot shits in plastic bags.

Benefits of Dog Walking #4: Better behavior throughout the day

Along with the exercise and decrease in anxiety, both dogs have exhibited better overall behavior throughout the day. Obviously, they’re finding a better outlet for their pent-up energy, and I think that’s the majority of the improvement.

Benefits of Dog Walking #5: Gets the family out

One awesome benefit that I hadn’t considered until now is that it gets the family out together. My kids love our dogs, so they’re far less likely to complain about a walk. They don’t mind putting the screens down if it means getting out and exploring the world (particularly with Bruce).

Also, my son and I have gone on a few walks alone. He takes Zoey, and I handle Bruce. We’ve been able to talk about the sticky-stuff and spin-rate situation in MLB, car racing, hobbies, our future plans, and more. All while getting some exercise and enjoying the dogs.

My wife and I work from home, and our kids spent the majority of the pandemic (so far) taking classes from home. So to say that a bit of separation anxiety might’ve developed over the last 18 months might be an understatement.

Now that we’re able to get out and do things, we feel less guilty about leaving the dogs home, and they’ve responded well. Bruce still barks his head off the second we pull in the driveway, of course. But knowing that they’re going to get out and stretch their legs when we get home makes us feel less guilty about leaving them home for a few hours.

What are your thoughts and experiences? Can you think of some additional benefits that I didn’t post about? Let me know in the comments below.

It feels great to have someone hold me accountable so I don’t sit in a chair all day, even if he’s four-legged and a bit of PITA. And the exercise is clearly good for their anxiety, which is true for humans as well. All in all, walking the dogs has done a lot for our quality of life in our house and I’m on board moving forward.

If you liked this post but don’t have a dog yet, check out the Best Dogs for Men by Lifestyle.

5 Things Every Man Should Own By 30 (With Some Bonus Items for Good Measure)
Ballsy Review: An Honest Look at an Edgy Brand
Tying Boots The Best Way: Anything Else and You’re Wrong
Throw An Axe: A Fun, Badass Skill for the Whole Family
6 Things To Teach Your Manly Dog: The Starting Guide
The Ultimate Backpack for Guys: The Matador Seg30 Review