Hiking for Common Ground: A Father and Son Story 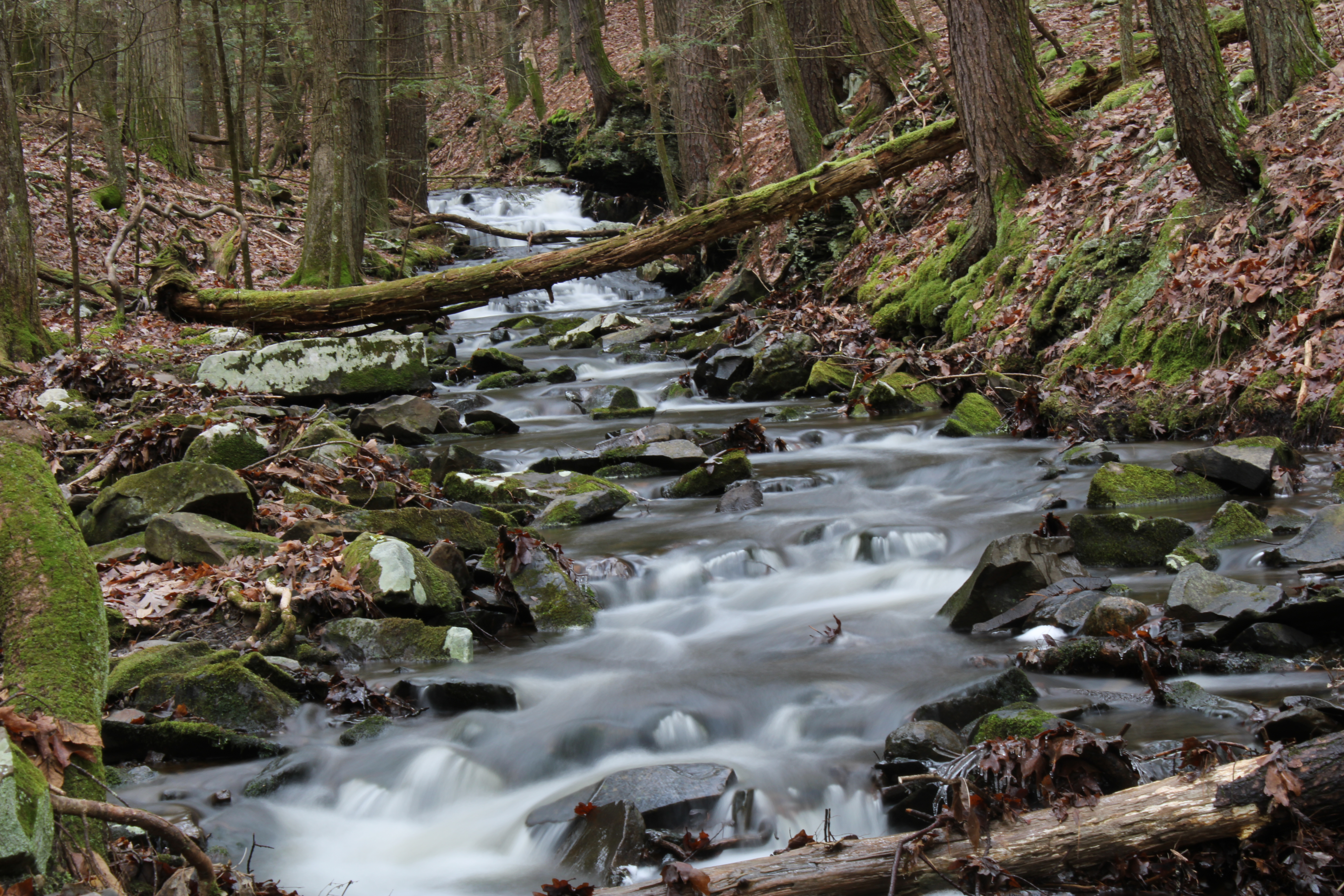 I have a picture on my phone that kind of haunts me a little. It’s from November 2015. The moment it memorializes is part of a great day for me. But the picture itself is another animal.

You see, I was hunting that day, and I took a nice buck. I was proud of myself, so I snapped tons of shots and sent them around to my buddies. But I wanted a particular picture that I’d been planning for years: A picture of my son and a big buck that his dad shot. The ultimate sign of woodsmanship.

So I backed into the driveway, called everyone outside, propped my four-year-old in the bed of the truck, and took a picture. Damn, I was on Dad Cloud-Nine.

My son wasn’t. He was frickin’ terrified. He was a little guy stuck in the bed of a truck at least his own height’s worth from the ground. And in that bed lay a big, dead animal; an animal he would much rather have seen alive and from ground level. And I memorialized this terrible moment in his life without even realizing how crappy it must’ve been for him.

My son’s never been the type. He loves animals in a different way than a hunter does. He doesn’t burn for their preservation and management the way we do. He just wants furry things to be alive, without suffering, without death. He understands the circle of life, as I’ve been very clear with him about it from a very early age. He accepts it, but he chooses not to embrace it.

And I love him for that.

But the issue is this: I wanted to share my love and enjoyment for being in the woods with him, but I stopped asking him to go hunting two or three years ago. So, what could be the answer I was looking for?

After a few years of being “too busy” and not knowing what to do, it finally occurred to me: I’d take him for a hike and show him some of the places in the woods that are special to me. When I told him on a Saturday that we’d be hitting the woods in the Catskills the following day for a manly hike, he could barely contain himself. “Finally,” I thought, “I’ll have my moment in the woods with my son.”

The Sunday forecast was cold, and there was some snow on the docket, so it was important that I prepared both of us for our trip. We packed snacks and water, dressed in layers, brought a flashlight just in case, and packed my photography gear. We loaded up the truck, said goodbye to the girls, and headed to the forests of the Catskills for our manly adventure.

You have to understand something about my son: He’s a rough-and-tumble boy, but the woods, until this point, aren’t exactly his second home. I explained the rules to him as clearly as I could without terrifying him; where my truck keys would be, where I would keep my cell phone, and I told him that my buddy knew where we’d be.

I told him that we’re visitors to the forest. That it’s a wild place where humans need to be careful. I explained that we weren’t going to Hundred Acre Wood, and there’d be no yellow bears in red t-shirts walking around with beehives stuck on their heads.

I was teaching him about woodsmanship just like I’d pictured, but without a rifle in the bed of the truck.

As we drove deeper into the Catskills and toward the wild forest that was our destination, the landscape started to change. The houses that lined the streets became further and further apart until you could only guess their locations through the woods by the mailboxes at the ends of long gravel driveways. Streets became roads. Pavement turned to gravel, and gravel to mud.

As we pulled into the trail, I could feel his excitement building the same way mine does every fall. When we arrived at the parking lot, I knew that parking my truck next to the Volvo and Honda SUVs would be a disservice to the boy. After all, we had some impending weather, and time was of the essence. I put my truck in four-wheel-drive and drove back through the trail.

On our way to where I intended to park, we had to wade the truck through a few small creeks and traverse some dips and bumps in the trail, which had my son on the edge of his seat. I imagine that through a child’s eyes, this must’ve felt like pioneering into the great unknown, and we were adventurers throwing everything we had at a chance for glory.

I wanted to park somewhere that he could find my truck easily from where we were going, just in case I got hurt or we separated. This being his first time in the real woods, I wanted to ensure he was as safe as possible. I parked where the trail crossed the ravine we were going to travel, so he could follow the gorge if he had to.

We grabbed our bags, locked the truck, and headed on our adventure. As we crossed the trail, I explained the importance of following a ravine or creek, and I showed him how to walk down a steep incline safely. Immediately, a babbling brook greeted us with some photo opportunities. We couldn’t pass it up, so we took a few minutes to get the camera’s settings dialed in and snap some shots.

As we headed down the ravine, we talked about everything. We talked about family, friends, school, TV, sports, cars, video games, money, and more. He has a unique and logical way of looking at things, so I often value his insight. He still thinks I know everything, so he hangs on every word I say.

We came upon our first small waterfall and stopped to take some shots. He scurried up the small canyon’s bluestone walls like a mountain goat and hopped across the creeks like a frog. I was shocked. He was more at home in the woods than I expected. The ease at which he was traveling through this ravine didn’t seem to register in his nine-year-old brain, though. He was just having fun.

As we traveled further down the ravine, the bike and walking trails ended. He walked a little ahead, feeling confident in his woodsmanship already. When he discovered the next waterfall, it was as if he genuinely thought he was the first human to ever lay eyes on it. Like it was his discovery, and someday they’d name this tiny stream after him. Again, we stopped to take some pictures. He asked if this was the place I wanted to bring him, and I told him that the place I had in mind was a bit further.

As we kept going, it was pure bliss. There were no frustrations. No short answers. No hurried responses. Words and conversation were free and flowing, just like the brooks and streams we were traversing. We were truly alone, but more like partnered explorers than father and son.

As we kept going, the ravine became wider and cooler. The sounds of rushing waters echoed off the bluestone on either side. I knew we were almost there, and he noticed the changes occurring around him. As we cleared one last awkward leapfrog across the creek, we looked up to see a big, beautiful waterfall. It flowed with clean, white Catskills Mountain water, and icicles hung from bluestone ledges underneath. The powerful creek that fed the waterfall would roll over these ledges, crash into several small pools, and continue flowing down the ravine ahead of us.

It was the most beautiful I’d ever seen it. It was full of life and energy. While I doubt it’s ever roared, it stood proud on that cliff, as if it knew it was the jewel we were after—our MacGuffin, of sorts. And on this fateful day, it brought its A-Game.

He was in awe. He’s been to Disney World five times. He’s been to Yankees Stadium to see his favorite team play. Hell, he even met Santa once in a small North Pole shop that shows up overnight in Cooperstown. He thought he was a well-traveled, worldly nine-year-old.

But, a wild waterfall where he was just a bystander, standing in a place where one could assume only a handful of people have stood in the last 100 years? It was something so new and exciting to him that his world flipped upside down.

It was as if he finally understood what I love so much about the woods. I shared it with him, and he understood it.

We spend some time around the falls and then headed topside to check out the creek before we packed out. I intended to take him back to the ravine and walk out, but he asked me to point in the truck’s direction. He wanted to see more, so he started huffing it straight through the woods toward the truck. I was shocked it even occurred to him that we could find the truck without a trail to follow, so I took the lead and we bushwacked, more or less, through the forest toward the truck.

On the way, I asked him what he thought of the forest. In true child’s fashion, he responded with “good.” I told him “good” simply would not do for this special day. I asked if the woods were what he expected, to which he said “I thought we were going to walk on a trail next to a creek. I didn’t think we were going on our own through the woods. It was really good.”

That’s “good” enough for me. We packed our gear back in the truck and headed back down the mountain. The looming snow fell in large, heavy flakes the moment we eased back into the driveway.

He’s been asking to go back ever since, and we will. On our other hikes since then, he’s been our lead dog. He’s been out ahead of us, putting his eyes on things before we can. His confidence makes my wife nervous, but I know it’s his passion for exploring that pushes him to lead the way. It’s hard to ask him to rein that in.

As parents, we have plans for everything, but reality rarely follows that predetermined path. When I sat my son in my truck with that buck, I thought I’d be igniting a passion in a young outdoorsman. Instead, I terrified him. When I took him to the ravine in those Catskill mountains, I thought he’d have fun. I didn’t know he’d leave a changed boy, so full of life and adventure.

And, somehow, I did it without offending his convictions or who he is. He doesn’t have to hunt to enjoy the forest. He doesn’t have to sling a rifle over his shoulder to get off the beaten path to experience the wonders that lie within those woods. Truth be told, I think I’d be sad if the day came that he changed those convictions.

My grandfather always said, “you win some; you lose some.” I feel like we both won that day.